To minimize risk, project owners wanted continuous monitoring of some 250 points within the excavation area, including points on soldier piles, walers, and the excavation trestle. The monitoring system was to obtain a full set of measurements every two hours and deliver them, processed and formatted, to the owner’s data visualization software.

Automated total stations are enhanced versions of a surveyor’s robotic total station, an instrument that measures angles and distance to any number of distant targets. Since total stations can obtain measurements remotely, they can be installed at secure locations, safe from construction activity and well above street level, which is important for urban monitoring.

Prisms are small optical devices that serve as remote targets for the total stations. Prisms are ideal for this application, since they are inexpensive and can be installed in sufficient numbers to monitor a wide area. They are relatively easy to install as well, because they don’t use power or cables.

GEO’s Monstar software minimized measurement errors and then output measurements in project coordinates for easy use with other project documents, such as CAD-generated plan views and as-builts. Monstar played a critical role in both the setup and the monitoring phases of the instrumentation.

Deploying and Proving the System

Before construction activity begins, surveyors establish a coordinate framework. The physical markers of this framework include brass monuments, survey pins, drilled holes, and other devices. The most important of these markers are called primary control points, and surveyors use them to define other points in the coordinate framework.

Were the surveyed positions correct? To prove this, GEO installed “control” prisms on structures outside the construction zone, as far distant as possible, selecting locations that were stable, unlikely to be disturbed, and offering good line of sight from one or more of the total stations. Next, the total stations measured the control prisms for two days, generating sufficient data for Monstar to provide good coordinates for the control prisms.

Maintaining Accuracy within the Zone of Influence

To provide sufficient data for accurate adjustments, every measurement cycle included three measurements of not only the target prisms, but also the control prisms. To create a strong geometric network, each total station shared several target prisms and at least two control prisms with another total station, and all total stations were equipped with specially configured prisms that allowed them to measure each other. Accuracy was futher enhanced by monitoring temperature, barometric pressure, and humidity.

All of these measurements were fed into Monstar, which was able to output adjusted coordinates with a documented accuracy better than +/- 0.01 foot in all directions.

Monitoring in an urban environment is always challenging, but the duration of this project introduced a few surprises. In some cases, the construction of new buildings blocked line-of-sight to key control points. And in one case, the total station had to be relocated due to the pending demolition of the building it was mounted on. Fortunately, the monitoring system was designed to be robust and flexible enough to accomodate such events. 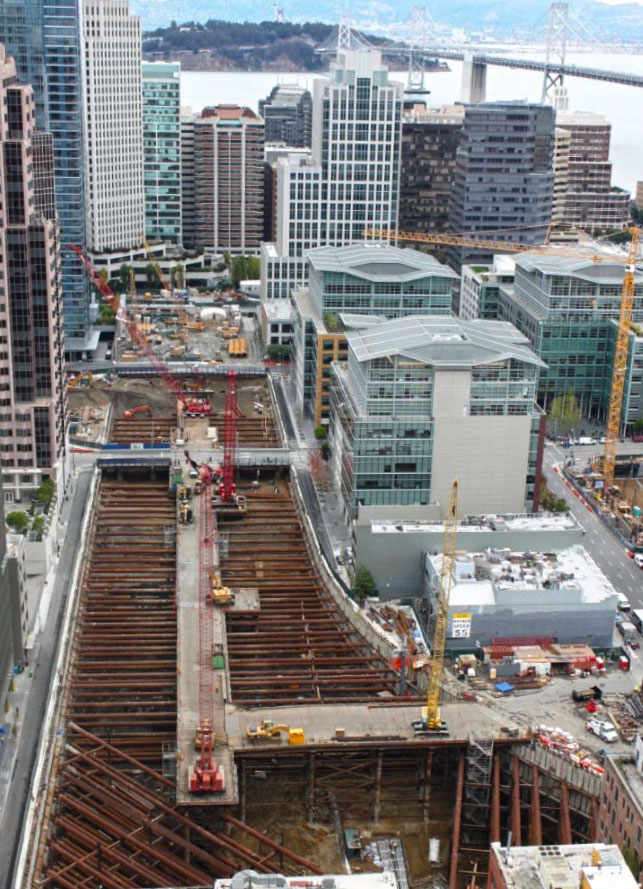 The Transbay Transit Center project involved a 65-foot deep excavation supported by a perimeter wall and 4 levels of cross-lot bracing. 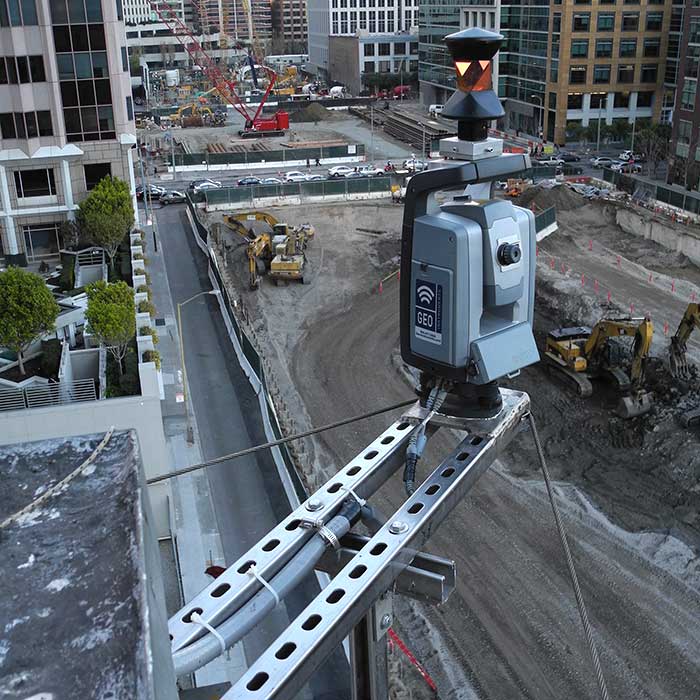 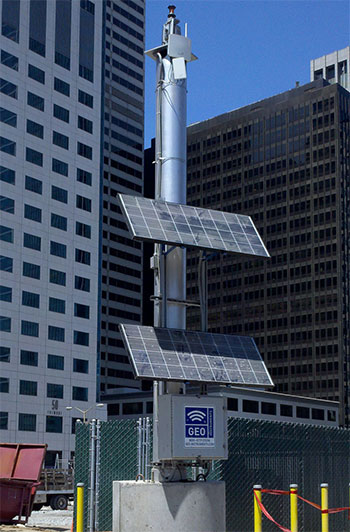 Two of the total stations were mounted on gravity-base towers. 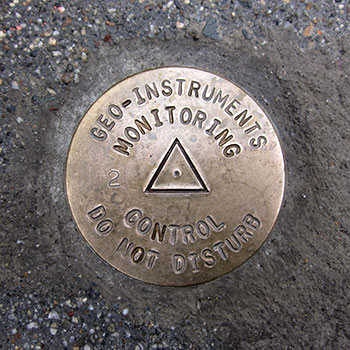 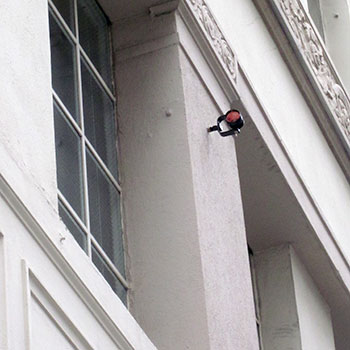 Control prisms were placed in stable locations far from the construction activity.

GEO established a strong geometric network that maintained high accuracy for the duration of the project. 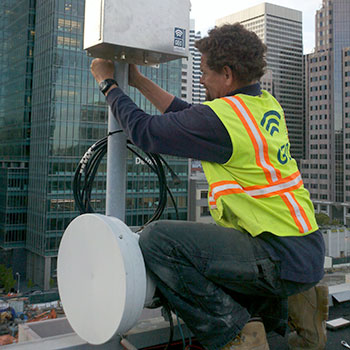 Measurements were transmitted by both WiFi and Microwave. 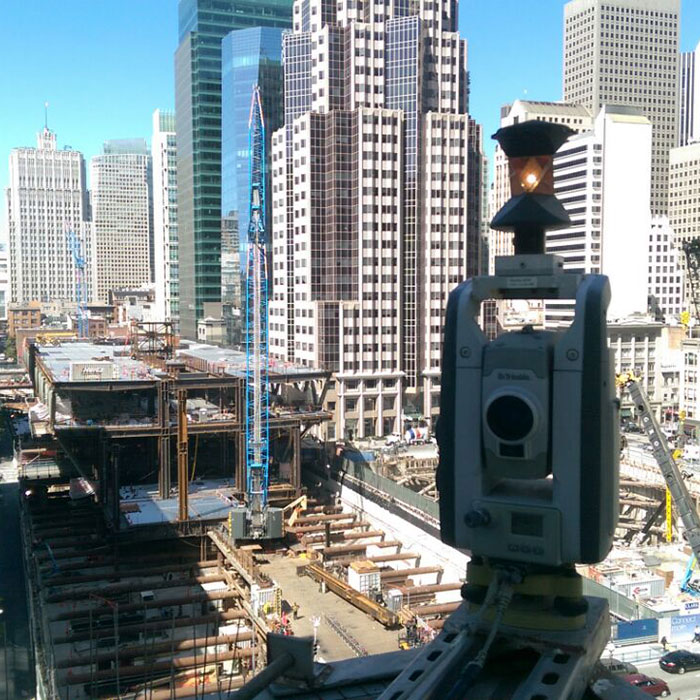