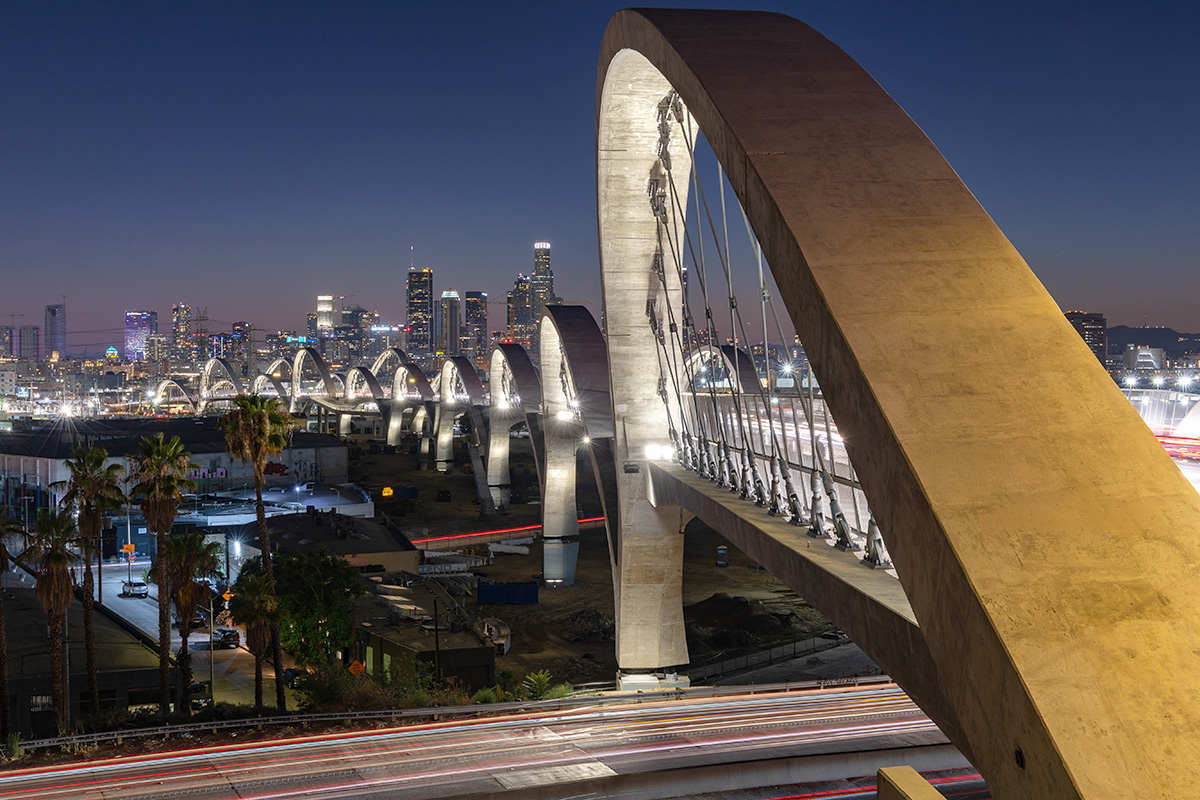 GEO-Instruments will release a paper later in 2022 that discusses instrumentation used during construction of the new multi-arch 6th Street Viaduct in Los Angeles. GEO worked with Skanska and Cowi on this project.

The 3500-foot long viaduct crosses over 16 lanes of highway, 18 sets of railroad tracks, the LA river, parks, buildings, and sidestreets.

The bridge deck was initially supported by formwork. After the arches were constructed and the hangers were installed, the formwork was removed. The deck is now suspended from 10 pairs of arches and 388 hangers.

GEO fabricated clamps to attach the gauges to the 2.75 inch diameter hanger cables. Offsite calibration tests were performed to characterize the response of the strain gauges to the tensioning of the cables.

At right, GEO is installing strain gauges on a hanger. The actual load transfers were done early in the morning when the temperature of all elements was in equilibrium. 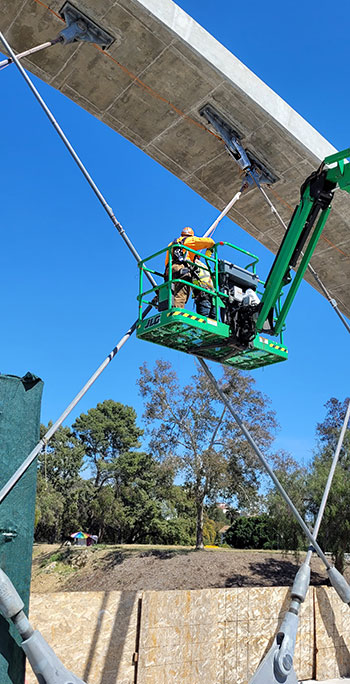